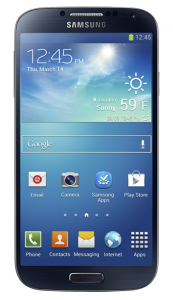 Trust me. I really want a Samsung Galaxy S4. I have a two year old Sprint HTC Evo Shift that I rooted and installed Cyanogenmod 7 on. Even so, it has a frustrating lag problem. I really want a new top of the line device. I want the S4.

My problem is, I don’t want the 16gb version. After reading many articles and forum posts, it turns out that the 16gb Galaxy S4 comes with only about 9gb of usable storage. The other 7gb are used by the system software and bundled apps.

Now, 9gb is a lot more than the 384mb I currently have available. And, because I am rooted I can easily move apps to my 32gb sdcard. This, however, cannot be done on the S4. Since the Ice Cream Sandwich version of Android, apps cannot be moved to the sdcard. Also, I use to think 384mb was a lot when I came from my HTC Hero. Funny how what seems like a lot of space one day turns out to be inadequate as time goes on.

It is also a matter of principle. The Galaxy S4 is a beast of a device. It excels in just about ever area we measure smartphones in. Why is this beast crippled in a sense by having almost half of its advertised memory unusable? Samsung should have made the 32gb model the base. There should be no 16gb model.

I am glad AT&T has begun selling the 32gb S4 today (May 10th). I am hoping other carriers will follow suit. Samsung makes 32 and 64gb models. Other devices come with these capacities. Like, Apple’s iPhone and HTC’s One. Why is AT&T the only US carrier with a larger Galaxy S4?

Since I am on Sprint and would like to stay with them (even though I really feel they don’t care about their customers and would not care If I left them) I am trying to encourage them to start selling the Samsung Galaxy S4 in the 32gb and 64gb sizes. To that end I’ve started a petition. If you feel Sprint should sell these higher capacity devices please take a few seconds to sign the petition by following the link below:

Do you think Sprint and other carriers should offer 32gb and 64gb models of the Samsung Galaxy S4? Let me know in the comments.